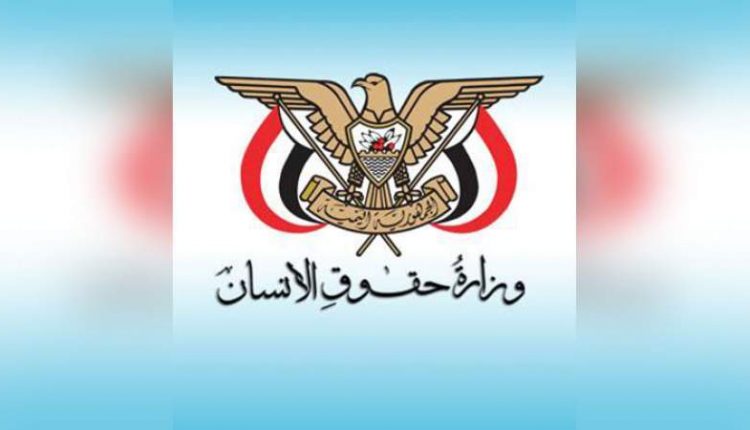 SANAA, May 13 (YPA) – The Ministry of Human Rights condemned on Friday the heinous crime committed by the Saudi border guards against Yemeni citizens in Saada province, northern the country.

In a statement issued this afternoon, the ministry denounced the Saudi enemy’s torture of Yemeni citizens and electrocuting them to death in Al-Raqo area of the border district of Munabeh.

The ministry said that it had spotted seven corpses in the Republican Hospital in Sa’ada, bearing signs of systematic torture, adding that there are a number of other bodies still at the scene of the crime in an area near Al-Raqo according to eyewitnesses.

The statement denounced the silence of the United Nations, which is supervising the armistice, on this crime and the other violations committed by the Saudi-led coalition in several provinces.

The Ministry of Human Rights held the Saudi regime and the aggression coalition fully responsible for this crime and other crimes, which is considered flagrant violation of the UN-declared armistice.

In its statement, the Ministry called on international and local organizations, the international community, the Security and Human Rights Councils, to condemned this crime, and held the coalition countries responsible for violating the truce, which they did not adhere to at all levels.

#Breaking: #Al-Quds Brigades: We renew our commitment to defending our land and our holy sites