One civilian killed or injured every hour in Yemen: Int’l official 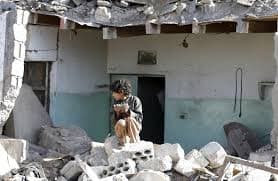 SANAA, Feb. 13 (YPA) – An international official affirmed that at least one civilian as been killed and wounded every hour in the last escalation of the war in Yemen since last January.

“More than 200 citizens and 15 children were killed and 354 others and 30 children were injured in those escalation,” Save the Children’s Country Director in Yemen, Gillian Moyes said in a statement.

“Silence is no longer an option, and the death and injury of children and their families cannot be tolerated in any way,” the statement said. “The number of civilian casualties in January was nearly three times the monthly average of 209 casualties in 2021.”

It pointed out that the number of dead and wounded has risen severely since the United Nations Human Rights Council voted last October to end the commission’s mandate for experts investigating war crimes in Yemen.

Last October, the Council failed to extend the mandate of the international team to investigate into crimes in Yemen, as the draft resolution submitted by the Netherlands received the approval of 18 countries, against the objection of 21.