Hundreds of transport truck drivers continue to strike in Lahj 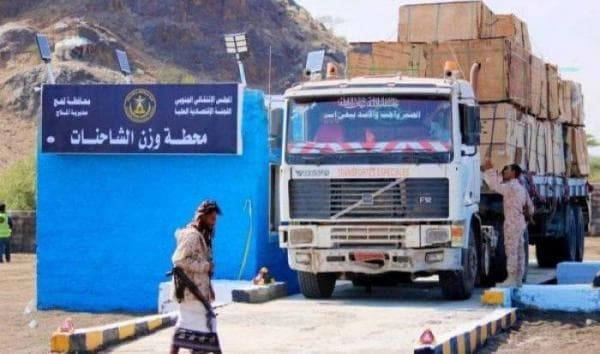 LAHJ, Feb. 09 (YPA) – Hundreds of drivers of commercial goods transporting trucks have continued a strike in Lahj province, southern Yemen, for the second week in a row.

The drivers said the strike came due to the imposition of financial levies by the Saudi-led coalition militia in military checkpoints.

They affirmed the silence of the Saudi-led Hadi government’s authorities in encouraged the militia affiliated with the UAE-backed Southern Transitional Council (STC) to impose imaginary financial levies at the security points on the road linking Aden, Lahj, and Bayda.

The drivers demanded to stop the levies imposed by the STC’s militias in the main road leading from Aden to the provinces of the north of the country.

As a number of Labous “Yafia” district’s merchants announced the closure of their shops in solidarity with the drivers who is suffering from the heavy financial levies imposed by security points of the STC.