13 people return to Sanaa after leaving coalition camps, including 2 leaders 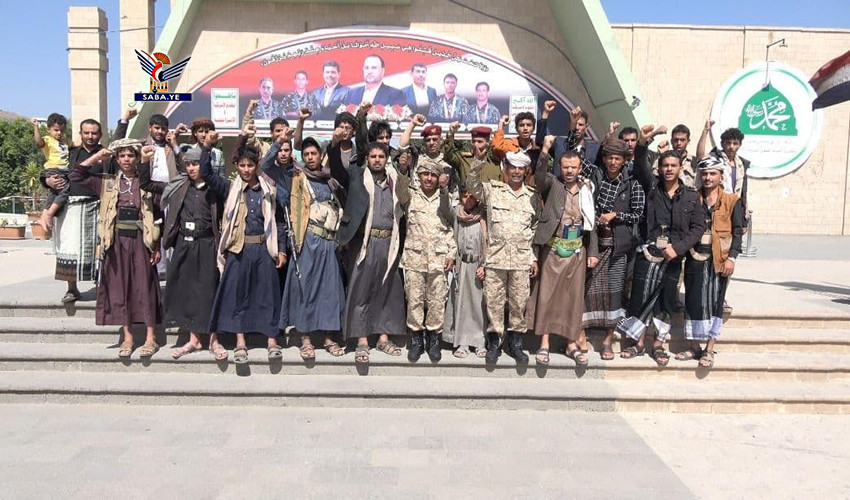 SANAA, April 07 (YPA) – The National Center for Returnees in the capital Sanaa on Wednesday received 13 people, including two leaders, of those who left the Saudi-led coalition’s camps at the border areas and returned to the homeland.

Among the returnees were the operations deputy chief of the so-called “Third Asifah Brigade” Colonel Taha Sarhan Al-Hattabi and the administrative affairs official of the same brigade Captain Ibrahim Al-Mansoub.

During the reception, the returnees expressed their gratitude to the higher revolutionary, political and military leadership for the continuation of the general amnesty decision for all who wish to return to the national row.

They called on the rest of their deceived colleagues to take advantage of the general amnesty decision to return to the right path and participate alongside the army and popular committees in the battle to defend national sovereignty.