Report: Children’s leukemia treatment centre in Yemen reports up to 50% mortality rate due to Saudi war and blockade 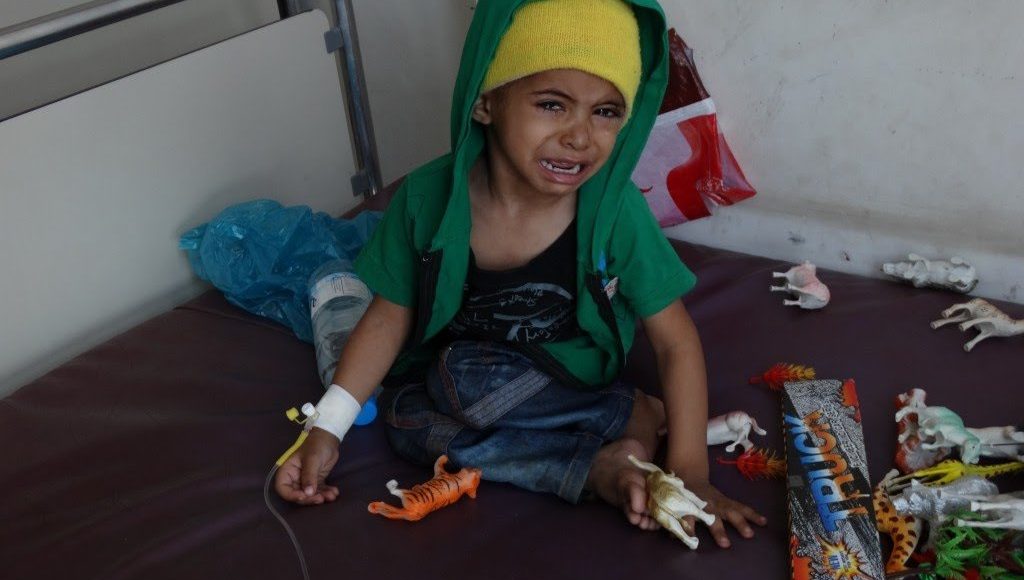 SANAA, Dec. 29 (YPA) – More and more Yemenis civilians are dying on a daily basis amid the continuation of the Saudi siege on Yemen, Press TV Reported.

In the Pediatric Leukemia Treatment Centre, up to 50 percent of patients have died due to the lack of medicine and medical care they need to survive.

Hundreds of children come to this hospital from all across Yemen, as it is the only medical center for such patients, hoping that they will receive the required treatment.

However, the ongoing war and the crippling blockade have made the centre suffer from a permanent shortage of medicines, medical supplies, and radiation devices.

The health sector in Yemen is in a dire need of necessary support from international and relief organisations which have not yet played their role in alleviating the suffering of the Yemeni people that began in March 2015 due to the Saudi war on Yemen.

Hundreds of children have lost their lives at the gates of this center due to the lack of medicines and other medical supplies, as well as their inability to travel for treatment due to its high costs and the continued closure of Sanaa airport.

#Breaking: #Forces of the 63rd Brigade loyal to #Hadi Forces in Alb border front set up an ambush targets a #Saudi armored vehicle, killing two #Saudi officers and injuring several others in #Asir

Salwa Bin Brik: What is happening in the south is lie and political hypocrisy