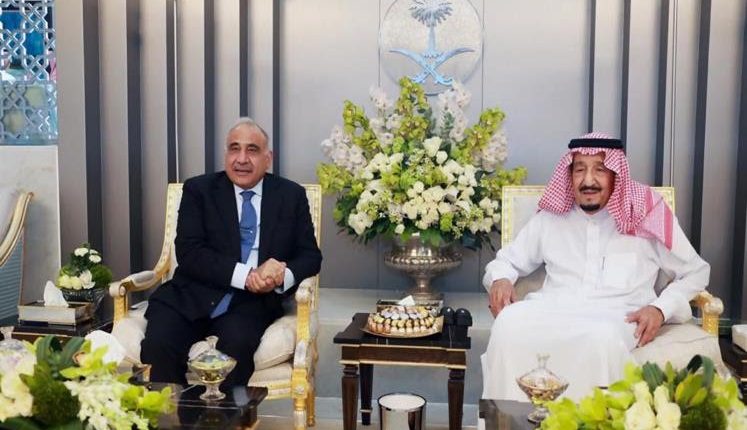 SANAA, Oct. 1 (YPA) – Iraqi Prime Minister Adil Abdul-Mahdi said that Saudi Arabia is seeking for calming down and peace and stressed that Yemen is an important key to resolving the Gulf crisis.

He revealed that his visit to Jeddah came in this context.

“The continuation of fighting in the region represents a major loss for them, and Yemen is an important key to a solution that can help end the Gulf crisis,” Abdul Mahdi said in an interview with Al-Jazeera.

Abdel Mahdi explained that his visit to Saudi Arabia “aimed at calm, which means making concessions and opening dialogues, and opening up files that were closed and not allowed to be opened at a certain point”.

Iraqi Prime Minister visited Saudi Arabia five days ago for hours, during which he met King Salman bin Abdul Aziz in Jeddah, amid reports of an Iraqi mediation initiative between Riyadh, Tehran, Sanaa and Doha.

While this was seen as a statement of Riyadh’s willingness to make concessions on Yemen and the Qatar crisis, the Iraqi prime minister said that “Saudi Arabia is looking for calm and peace.”

“There are many countries that can be a forum for solution and negotiations, including the state of Iraq, and Saudi Arabia is looking for calm and peace.”

MBS’s remarks came during an interview with CBS that the initiative of Political Council President Mehdi Mashat for peace is “a positive step that could lead to a more serious political dialogue.”

“Today we are opening all initiatives for a political solution inside Yemen, and we hope that this day will happen before tomorrow,” he said. But he called for “a halt to Iran’s support for what he described as the “Houthis.”

Asked about his willingness to negotiate an end to the war in Yemen, Salman said, “We do this every day, but we try to reflect this debate into a real application on the ground.”

Observers attribute the Saudi announcement to the effects of the Yemeni air force’s bombing of the most important Saudi oil production and export facilities in Abaqiq and Khuris, and the fall of coalition brigades and the capture of its soldiers in the Kataf front in Najran axis.

Foreign Minister affirms that Yemen getting stronger than before